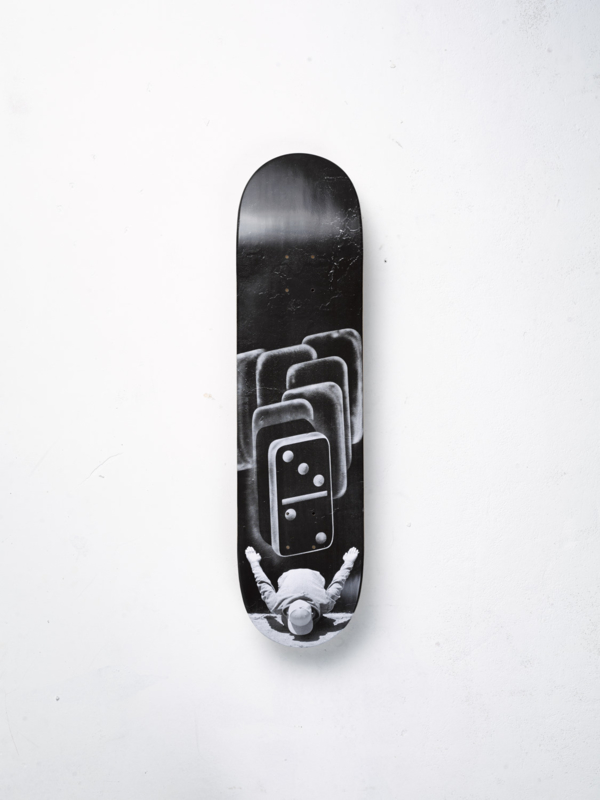 Robin Rhode’s work is inspired from a rite of passage for boys in school. There is an element of playfulness to his art, which takes the form of a two-part story. The first act entails Rhode’s conception and creation of the artwork. These urban influenced pieces often find their place on city walls and become the artist’s method of engaging his audience on South Africa’s history and its societal difficulties. The second act takes the form of a performance between an actor and the piece. Much like the rite of passage, this interaction gives the piece a new life, and creates a secondary dynamic through which it can share its story.

EDITION OF 85
PRODUCED AND NUMBERED BY THE SKATEROOM IN 2016